Today mobile phones do not just serve as a device for communication with one another; they have opened doors to other exciting avenues, like Mobile Apps.

Mobile App is not only the present generation’s fandom, it is the future. It has proved to be the game-changer and a prerequisite for so many businesses and industries across the globe. With its fledgling popularity, many businesses and entrepreneurs are struggling to keep pace with the changing mobile trend that has taken user interface to a heightened advanced level.

Mobile has seen substantial growth in the Canadian economy. An average Canadian spends almost eight hours of their free time on their mobile devices. According to a survey, an average Canadian mobile phone owner downloads an average of 2.67 mobile apps on their Smartphones every month. Various apps related to gaming, health and fitness, socializing are downloaded by both millennial and senior citizens. The user’s mobile app usage behavior has been observed to increase significantly month by month. This is an exciting opportunity for businesses to grab the attention of their potential customers by mobile app development.

Many businesses have switched to Mobile App usage rather than maintaining or creating mobile-friendly websites. There are innumerate areas such as speed, flexibility and high performance where mobile apps weigh more in advantages over mobile websites. The importance of Mobile App in the modern world can be noted from the fact that even the smallest business have invested and developed mobile apps for conducting business. Not only mobile apps have emerged as a useful tool to significantly improve business dealings and proceedings, it also greatly increases business revenue. A survey concluded that nearly 50% of the search results originate from Smartphones. This can be exploited by businesses to develop their business mobile apps and expand them virtually on the internet.

The usage and acclaim of Smartphones is increasing greatly over PCS. Various surveys conclude that user’s checkout from their mobile phones every passing 5 minutes. The survey further shows that almost 80% of the users resort to mobile apps for shopping, ordering food, books, accessories etc, proving how crucial Mobile Apps have become for different industries like education, retail and business. To date, all successfully established business and even startups have resorted to mobile app development to grow and promote their businesses on an extensive scale. Through improving the Android App Development and iOS App Development new mobile apps are been developed and launched more easily.

Mobile Apps are being researched on and developed to make them flexible, user friendly and creative as possible so that they can be accessed by all people without much difficulty. We at MQT Global are trained to provide you the best on the Internet. Join hands with us today and help us build you more. Contact our experts today! 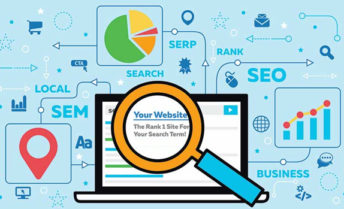 How to Track Your Local SEO & SEM?

Looking for a quick solution or a longterm engagement? ? No matter the size of your budget or which segment you want to penetrate. We can help you. If you are looking at a one window solution to all your digital marketing then you are at the right place. Get in touch here!